India has become one of the largest markets for consumer electronics. There has been a gradual shift from the smartphone companies to also becoming a brand that makes pretty good laptops.

The focus on the laptop segment from a lot of brands is due to the unprecedented demand for good laptops in 2020 as a lot of people had no other choice than to work from home and made us realize how important working from home is.

Release of new laptops even from generic smartphone manufacturers like xiaomi and honor is just a proof of how important laptops have become in India.

Be it how expensive of a phone you cannot do a lot of stuff that a laptop with a full blown operating system such as windows or mac OS can perform effectively.

The thing that makes one laptop brand better than another is nailing the fundamental factors that make a laptop enjoyable or at least good enough to use and sadly a lot of brands miss out on them.

Let’s take a look at some best laptop brands in India.

HP has become a household name in India.

HP laptops Best laptop brands in india find their way into the best choices for laptops at all the price segments. Due to their extensive customer support and service centers HP has made a reputation for themselves as one of the most customer friendly brands. Their social media support is immense and the brand is also pretty quick to bring international models to India.

Another inherent advantage is unlike other brands who focus on certain segments of market HP is one of the few brands who have laptops in almost every price range possible. All the way from 25,000Rs to 2,50,000Rs. They also focus on every genre of laptops from entry level offerings to high end laptops with discrete GPU and excellent build quality.

HP also has an Omen subsidy which focuses on making gaming laptops and accessories. Get Rupees 999/- Discount on Purchase by using this link on HP OMEN.

HP’s Pavilion brand focuses on providing budget gaming laptops and usually comes out with decent value for the money. For the business users and people looking for laptops with great build quality HP Envy series of laptops provide a great value.

Overall, HP is one of the most consistent and reputable brands that caters potential customers with a wider range of options.

ASUS Best laptop brands in india is a Taiwan electronics giant that makes all kinds of electronics from routers to phones to laptops. They are more famous for their laptops then their phones. ASUS is especially famous for their ROG branded gaming accessories and devices.

ASUS like HP is one of the companies that prioritizes Indian market as much as the global market. ASUS also covers a wide price range in the laptop market. Their cheapest laptops can be found for around 20K INR. ASUS also competes in the higher priced laptop market with their Zephyrus and ZenBook series.

ASUS is not as known to the Indian consumers as they know dell or HP laptops as it is a relatively new brand. But most of the people on the internet now would have at least an idea about the brand due to their extensive adverts online. ASUS also has a respectable amount of service centers all across India but the service record is not the best.

ASUS is mostly known for the specs that they offer for the price. There is a lot of hype around their newly launched laptops. Though they provide a lot of good laptops they come with their fair share of compromises.

VivoBook and ZenBook are thin and light laptops that focus first on portability. VivoBook are the lower priced offerings whereas the ZenBook’s compete with the likes of dell XPS 13 and other premium 13-inch laptops.

ASUS TUF series of laptops are arguably the most offering from the brand in the Indian market. TUF laptops provide insane specs for the money. They sell like hot cakes even if they have some issues. 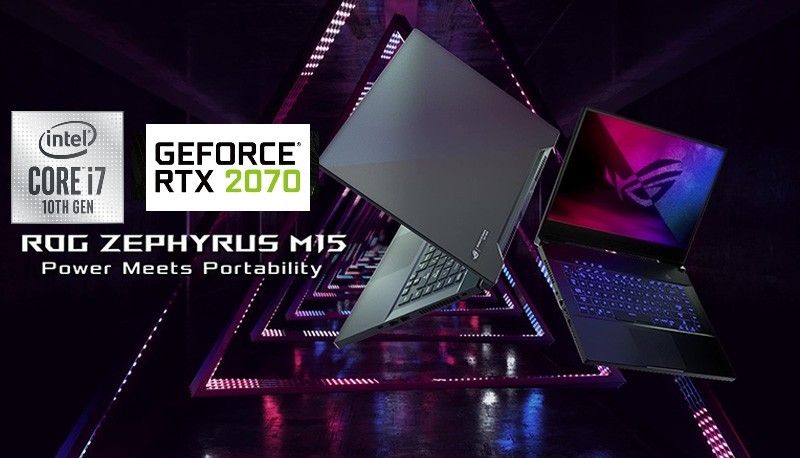 Get Rupees 999/- Discount on Purchase by using this link on Rog Zephyrus M15.

Zephyrus is the premium gaming laptop offering from ASUS. Even though they don’t provide good value for money these are well rounded laptops than the TUF series

All in all, ASUS is a strong contender in the Indian market but they are pretty slow in bringing new laptop models to India. It would be a welcome change to see quick launches of new US launches in India.

Lenovo Best laptop brands in india is another household brand name. Almost everyone knows about Lenovo. Lenovo is one of the long running brands in India. Their popularity is mostly due to their business laptops with their ThinkPad branded laptops. It’s almost certain that you would have come across a ThinkPad laptop during some phase of your life.

Lenovo also like other companies in the segment competes in almost every price range and has most unique laptops to cater to niche customers. But lately there have been a few gripes with the brand.

Lenovo has been extremely slow in bringing their international releases to the Indian market. This leads to fans of the brand leaving it for other brands. On a positive note, Lenovo has widespread customer support and service centers across India.

ThinkPad’s are productivity/business focused laptops that have great keyboards and durability. There are a lot of variants under ThinkPad’s that range from budget offerings to ultra-expensive ones.

IdeaPad lineup is the cheaper, more mainstream brand with a lot of options and some gaming laptops to choose from.

Get Rupees 999/- Discount on Purchase by using this link on Lenovo Legion.

Legion is the gaming brand from Lenovo that focuses only on gaming and over the years they have been improving a lot. But the complaint persists that Lenovo doesn’t meet the needs of Indian consumers as the variants of laptops they release seem to be very mediocre for the price.

Lenovo is doing well for now but as it has been a long running franchise but if they want to continue their success the company needs to change and take on the Indian market more seriously.

Acer Best laptop brands in india is also a well-known laptop brand with a lot of showrooms and service centers all over India. Acer has kind of slowed down in the laptop market with heavy competition from other brands.

For the last few years there has not been any major laptop launches except for the refresh to their old existing models. Though Acer competes in a with a lot of laptops covering a wide price spectrum their laptops don’t stick out as anything special.

Acer has been known mainly for their gaming laptops namely nitro series and the predator laptops. The acer swift and aspire series focus on the thin and light laptops.

Predator has been the cash cow for acer India as predator gaming laptops offer complete gaming experience without missing out on any features. The nitro series has also been one of the bestsellers as they compromise on some little features but provide some great specs for the money. 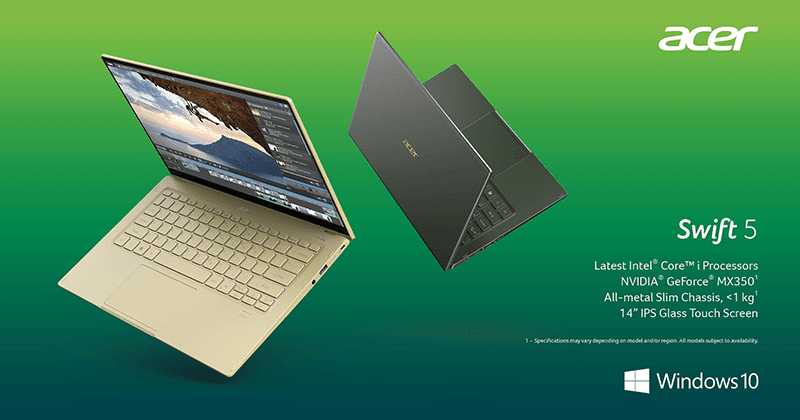 Get Rupees 999/- Discount on Purchase by using this link on Acer Swift 5.

Swift series provides laptops that weigh extremely low with decent build quality and specifications at a small price premium whereas the aspire series of laptops provide pretty good specs for a cheaper price.

Acer needs to step up their laptop game with new and interesting options and the after sales service is also a mixed bag.

Dell Best laptop brands in india is one of the long-standing brands in India with widespread stores. Dell is the default brand for a lot of people because of their widespread service centers and excellent after sales service.

This might come as a surprise to you as Dell releases laptops in all segments. Frankly speaking the budget offerings from dell are not good and are easily beaten by other brands. But when it comes to their XPS series of laptops almost no other windows laptop in India comes even close to what they bring to the table.

XPS laptops come at a definite price premium and compete with the apple MacBook’s. The Inspiron series from dell is quite underwhelming and is not recommended.

Alienware gaming is a subsidiary of Dell which provides premium gaming laptops with a unique design and feature set that not many competitors offer.

Get Rupees 999/- Discount on Purchase by using this link on Dell XPS 13.

Dell is doing well in the Indian market and is one of the best premium laptop brands with extensive support to back the purchase. It would be nice if dell brings down their premium features and design to lower priced laptops.